Several weeks ago, we spoke about the negative effects of economic growth. The two factors we cited were higher interest rates and higher oil prices. Now we are starting to see the markets react to this new reality. Many are blaming rising interest rates for causing what we can now call a stock market correction. A correction which we have not seen for some time. Why would higher rates cause stocks to falter? Abnormally low rates have propped up the markets for years. Why keep your money in the bank earning 1.0% interest when you can earn 10% or more in the stock market? That is an over-simplification, but certainly higher rates are taking some of this extra stimulus out of the equation. 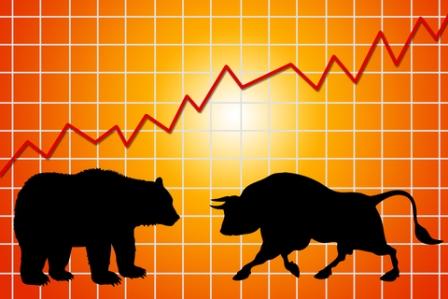 Not that rising rates are the only explanation with regard to the trepidation in stocks. As we also explained several weeks ago, the tax plan was great news for stocks because it immediately made companies more profitable by lowering their tax rates significantly. Stocks have been rallying for nine years, comprising the second longest bull market in history, but the rally intensified in anticipation of the tax plan. We surmised that all the good tax news was already built into stocks, but the rally continued anyway — until rates started rising.

The question now is whether this is just a healthy and long-overdue correction which may reverse quickly, or is it the beginning of the end for the bull run? As always, we will stay away from predictions. Rates could ease back down or stabilize — and the market could climb back. Right now, the economy is healthy and rates have not risen far enough to cause the economy to pause. Actually, if the growth eased a bit, this could cause the Federal Reserve Board to be less concerned with inflationary pressures and perhaps permit them to take their foot off the pedal. For now, we have a pretty wild ride going on.