The stock market is setting records. We have a new tax plan which lowers taxes significantly for companies and moderately for individuals. We just had a decent retail holiday season with higher home sales closing out the year. In other words–everything is looking up for the economy. Most economists are cautiously optimistic that the good times will continue through at least 2018.

Unfortunately, with the economy gaining momentum, some of the movements upwards are actually turning out to be downers. More specifically, we are referring to interest rates and oil prices. The price of oil is now over $60 per barrel after oscillating above and below the $50 level for more than a year. Certainly, higher oil prices is the price we have to pay for having a better economy that increases oil demand. However, oil prices could still fall if the news on the supply side becomes more optimistic. There have been plenty of forecasts showing at least the potential of this occurring. 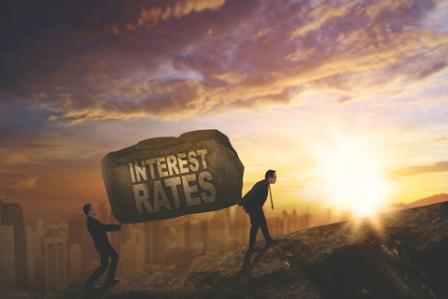 Not so with interest rates. You can’t pump money out of the ground. The better economy has caused the Federal Reserve Board to raise short-term interest rates five times over the past two years. Long-term rates have also been trending upward as the economy has improved. Most are not expecting another increase by the Fed when they meet at the end of this month. But that does not mean that long-term rates won’t keep rising if we get the news that the economy is still rolling. As a matter of fact, the threat of higher interest rates is one reason that real estate is so hot. Most want to purchase before rates go up further. Will rates keep moving up? That depends upon whether the economy stays strong in 2018.