As expected, the Federal Reserve Board decided to raise its benchmark interest rates by .25%. The reaction of the markets was tame because this action was widely anticipated and there was no surprise .50% hike. While each Fed rate hike does signal an overall increase in interest rates, it also does not mean that all rates are spiking upward. For one, the Fed has steadfastly adhered to a plan that is designed to move back to what it calls normal rates in a slow and orderly fashion. The response to the recession and slow recovery was to keep short-term rates close to zero, which is something that could not be sustained forever.

In this regard, the markets are more likely to react to hints about the pace of future rate increases, which are likely to be detected from the minutes of the recent meeting and various public statements from Fed Board members. Right now, the markets seem to be betting on three to four rate increases during the course of 2018, and if the economy continues to perform well, that scenario is not out of the question. While facing that many rate hikes, it should also be noted that the Fed’s action to raise rates directly affects short-term rates, but only indirectly affects longer-term rates, upon which home and even auto loans are based. 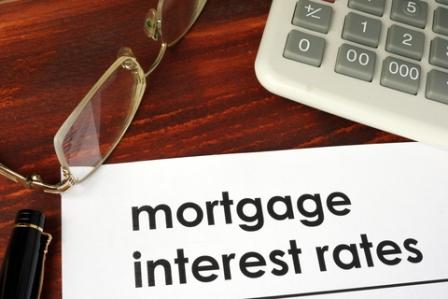 The Fed’s control is over funds that are borrowed overnight by banks, which are very short-term. In fact, we can see that six-month Treasuries have moved up over .75% during the course of 2017. Yet, the 10-year Treasury has virtually remained the same from January to December, and actually was lower than January’s level for much of 2017. What does this mean? For one, it means the spread between short-term adjustable home and other loans and long-term fixed loans have narrowed, making fixed rates a more logical choice for most. Secondly, it means that mortgage rates will not necessarily move up as fast as the Fed is moving. Of course, if we see more evidence of inflation taking root, all bets are off in this regard.