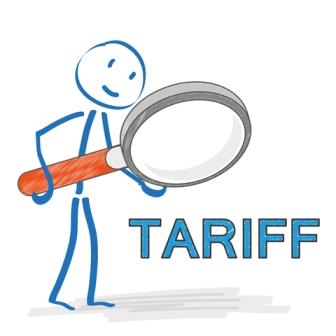 There seems to be a lot of rhetoric going back and forth on the topic of trade wars. Much of this debate centers upon the question of whether we are in a trade war or not. We can’t answer that question definitively, but certainly we do understand that some of the basic characteristics of a trade war have been implemented and others have been threatened. We have imposed tariffs on other countries’ goods and they have done the same to our goods.

The important question is not whether this is a full-blown trade war, but what is the impact of the implementation of tariffs? In the short run, we have seen one major impact — the stock market has become very volatile. As we have previously discussed, this volatility is caused by more than one factor. However, the risk of trade wars certainly is playing a significant part in contributing to volatility. Why are the markets uneasy regarding these tariffs?

For one, tariffs raise prices to our consumers. On the other side of the equation, when other countries retaliate against our goods, it hurts the producers of these goods — from manufacturers to farmers. These two factors can actually balance each other out. For example, higher prices contribute to inflation which can bring higher interest rates. On the other hand, lowering exports can hurt certain sectors of the economy and that might bring rates down. Which side of the equation might win out? It is hard to tell. We actually hope that these “shots being fired” are precursors to the negotiation of better trade agreements that will benefit all parties. In the meantime, there will be some negative impacts and certainly a lot of noise.